What is TCP/IP and How Does It Make the Internet Work?

Have you ever thought how the internet really works? It is done with the help of a TCP/IP. TCP stands for Transmission Control Protocol and the IP stands for Internet Protocol. You can simply say that these TCP and IPs are the basic communication languages to use the internet. 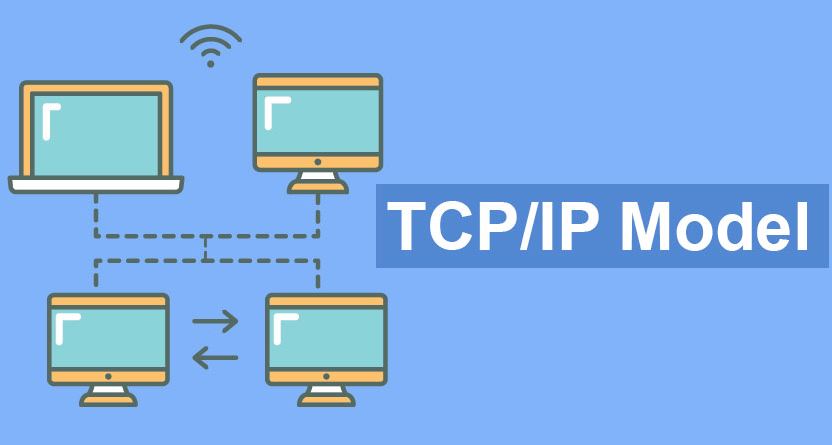 Based on this, TCP / IP enable one computer to communicate with another computer through the internet and to collect and transfer data packets to the desired location.

Two layers of TCP / IP exist as defined in the name. The top layer, TCP, is responsible for collecting large quantities of data, constructing it into packets and sending it to a specific TCP layer to accept packets in a useful way. Hence, the packets are turned into a collection of informational data.

Let’s talk about the IP now. In simpler terms, the IP works as a location expert and drives the needed information to the exact desired location. Also, you can take this as a map and the IP layer does its job by sending the packet GPS to find the right location.

You can also take this as a car being driven on a highway and every single packet of information goes through a gateway computer. Its job is to send the packets of information to the selection desired destination. You can simply define both of them as the Data (TCP) and Internet location GPS (IP).

So that’s exactly how the internet gets going and you can look down below to find the surface at the abstraction layers of the internet.

The four levels of abstraction include the link-level that is the lowest one, the internet, the transport-level and the application-level that is at the top of all the layers.

They work in the following few steps:

The four abstraction layers built into TCP / IP allow data packets, application programs and physical network equipment to communicate over the Internet so that packets are transmitted intact and also sent to the right location.

We believe you have gone through all the related and necessary information about TCP and IP; it is now time for you to see why all of this is being discussed and why it matters so much.

To make the information complete, we’d say that the internet is more of a series of tubes that has various connectivity points along with some different transmission points as well. It also has a range of send and receiving points. It also contains a range of working speeds and there is a governing body that keeps a check on the whole procedure.

Here’s why the TCP/IP is so important:

I’m living in Florida’s Gainesville. But because I once lived in Auckland, New Zealand, for a long time, I like to watch the local news every week.

The Amount of Hops For Packets to Be Transmitted

In order to reach our desired destination, we need to build a connection through ‘my’ computer that is currently sitting in Gainesville. The connection will be made to a server hosting ‘The New Zealand Herald’ in New Zealand.

The packets of data will go through different data centers, multiple gateways and also through multiple verification mediums to make sure the information gets to the correct destination.

The most common internet concern is to know the number of hops it is going to take for one packet of information to be sent elsewhere.

If you’re looking to find the exact number of hops taken, you’d need to run a trace route along the way to find out. Also, to erase your curiosity, we can tell you that it took 17 hops between our location in Gainesville and the server that is being assigned the responsibilities of hosting the New Zealand Herald website.

Basically, the TCP and the IP are the most important things in the internet. Without them, you can only dream of taking your desired information and data packets to the correct location. Also, they won’t even arrive at the location they are supposed to be and the internet won’t be as handy as it is today.

This site uses Akismet to reduce spam. Learn how your comment data is processed.